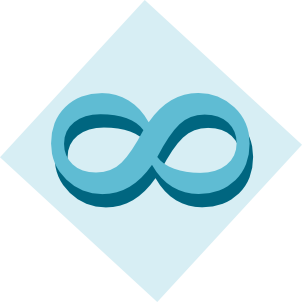 More than the mere virtual reality proclaimed by industry commentators, we’ve segued in a big way into augmented reality with the massive success of Pokémon Go. More accurately, this has been the year of alternate realities.

Although I look upon it with much anticipation, I’ve yet to get fully get into Pokémon Go as I’d run out of Pokéballs and haven’t had a chance to get to a Pokéstop.

So let’s talk about VR.

I’m not going to be getting the Oculus Rift or HTC Vive any time soon. With the PC upgrade I’d need, it’s way out of my price range. I won’t be going with PlayStation VR either because I’m not a console gamer. However, I did participate in some market research for PlayStation VR where I got to try it out. It was then I was convinced beyond a doubt this was a genuine comeback for VR, this time accessible to home audiences.

My personal introduction to VR came last week when I took delivery of a DSCVR headset by I AM CARDBOARD. The first thing I tried was the horror title Sisters and my reaction was just WOW! I then tried a few other apps and 360-degree videos.

I don’t think the DSCVR is that bad for less than £25, although there is a review I’ve read that calls it a piece of overpriced plastic. I just think it’s a shame it doesn’t come with a head strap. That really limits the duration of each session to however long it takes for my arms to get tired. I’ve purchased a cheap headstrap from eBay and hopefully when I get it, I’ll be able to attach it to the plastic casing of the DSCVR…

So the DSCVR was a positive introduction to VR. Having determined that I like it, it was time to upgrade to something. After looking at all the smartphone driven VR headsets that are available, it come down to choosing between Homido or Freefly. I stopped myself at the last moment, having learned to consider my VR purchases more carefully following the slight case of buyer’s remorse with the DSCVR not having a head strap. Although I still think the DSCVR is OK and I’ll tell you why. It’s because I wear glasses and the DSCVR wasn’t all that uncomfortable during usage.

The Freefly states it’s not suitable for glasses-wearers and the Homido (which has adjustable interchangeable lenses), as with VR headsets in general, probably isn’t great with glasses either. I’m not going to be risk paying just under £50 for something I can’t fully enjoy.

So where does that leave me and other glasses wearing VR enthusiasts?

Well, on Saturday 16th July, Carphone Warehouse launched their “universal” VR headset under its Goji brand. For £39.99, it’s not too expensive and if it’s comfortable enough for use with glasses then it could be the perfect VR headset for me. It has two adjustable sliders on top for aligning the lenses and magnetic controls.

Having some kind of lens adjustment could help ensure an optimum experience. Homido offers interchangeable and adjustable lenses- an appealing feature for me. Freefly on the other hand say their wide diameter lenses mean that adjustment isn’t necessary for 95% of the population.

Something that I consider important, that the DSCVR has but is lacking in both of the higher priced headsets I’ve mentioned, is some kind of physical button or control. Not all VR experiences can be controlled by “looking”. The Freefly comes with a bluetooth controller included but the Homido doesn’t and I’d have to buy one separately. A physical button on the headset is a low-tech solution that I would be perfectly content with and that’s what the Goji VR headset has.

So some time soon, I’ll be heading to my local Carphone Warehouse store to try out the Goji VR headset and if all checks out, it’s going to be what I’ll be getting for my VR needs.